A Few Things To Know About Melanotan 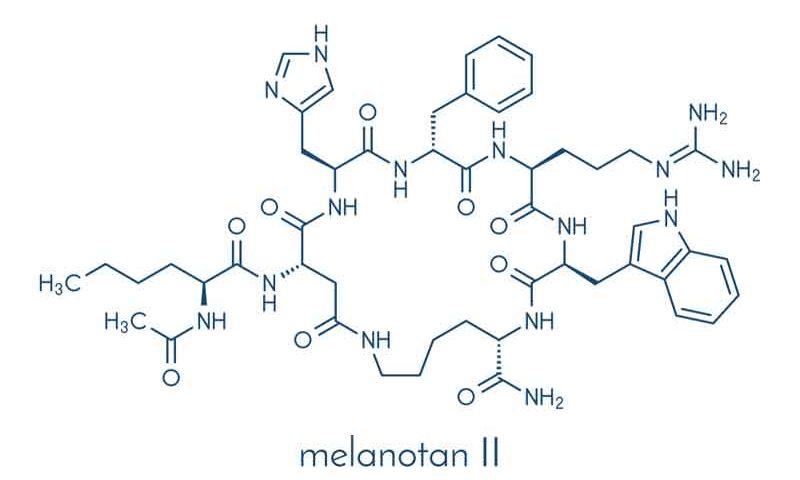 In case you’ve been searching for info regarding the term Melanotan, I’m pretty sure you already have an idea regarding this compound. In short, it’s a serum for tanning. But there’s much more to know about it. So, here’s a thing or two that you should really know about it, in case you’re considering using.

What exactly is Melanotan?

Melanotan is actually based on a drug – afamelanotide – which was developed in 1981,  with the purpose of being used against sun damage and photo protection of the skin. This drug binds to the melanocortin receptors in the skin cells, increasing the melanin in the skin, evidently with a tanning effect. It’s actually related to the

Melanotan on the other hand is actually a synthetic analog of the alpha-MSH. It’s still illegal in many countries as it hasn’t been sufficiently tested, but currently is available online, for self-administration.

There are actually two types of Melanotan: Melanotan I and Melanotan II. The first one, as described above, binds to the receptors in the skin responsible for tanning, and comes with less side effects. It does however, require to be administered in higher quantities and for a longer duration, in order to obtain the desired effects. This makes the costs higher than for Melanotan II. On the other hand, Melanotan II binds to other receptors, different than the ones directly related to tanning, it comes with faster results, but with a higher incidence of various side effects.

How is Melanotan administered?

It’s an injectable drug. It actually comes with insulin needles, alcohol wipes and free sterile water. It requires to be injected into the fatty layer of abdominal tissue, around the belly button area, similar to the rabies shots. It’s typically administered daily, until the desired pigmentation is achieved. From then on, most users have 1-2 injection weekly, to maintain the color.

What are the most common side effects? The well-known side effects are facial flushing, increased blood pressure, spontaneous erections and increased libido, flu symptoms, and nausea. However, since this drug hasn’t been tested enough, who knows what other side effects may cause.