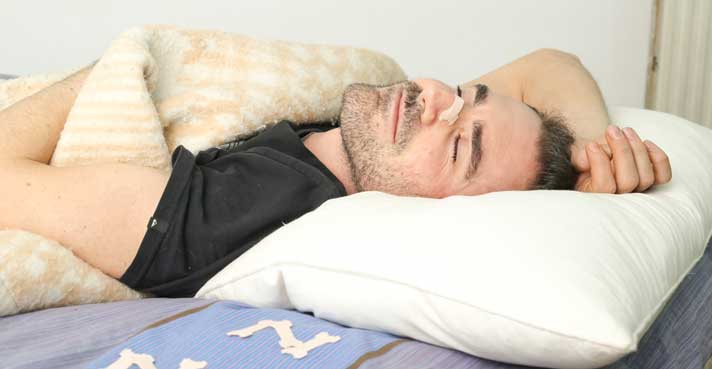 A nasal dilator strip, better known as a nose strip, is nothing more than a tiny strip with an adhesive back that looks something like a little bandage. When placed across the nose, a nose strip will keep the nostrils open if they tend to close without making the nostrils flare if breathing is normal. Nose strips are made of a springy material that only tugs at your nose if the nostrils are beginning to close.

Who can Use Nose Strips?

While nose strips can be very helpful for people who have sleep apnea, people who have to deal with snoring, snorting, and apnea every time actually are not the largest group of consumers of the product, find more about this. The biggest group of buyers of nose strips is cold and flu sufferers who wear them to try to get sleep. The second biggest group of consumers of nose strip is athletes who wear them so they can get more oxygen when they engage in intense physical activity.

The third largest group of consumers of nasal dilator strips is people who have sleep apnea, who use them to try to prevent snoring and snorting all night long. Nose strips may stop the interruptions of breathing that leave both sleep apnea sufferer and bed partner exhausted the next morning.

Nasal dilation strips are easy to use. They are inexpensive. They are safe and effective. If you are suffering nasal congestion, you will notice results in just a few minutes.

The people who have the most to gain by using nasal dilation strips, however, are also those who are the least likely to use them. People who have sleep apnea often obtain lasting benefits by using nose strips, but they don’t start feeling better for several months.

Almost no one who has sleep apnea feels better after using nose strips for just one night. It is very rare for people to notice any difference during the first two weeks. A clinical study found that people had to be motivated to keep using nose strips for a full three months before they got results, but what a difference those results eventually make to the budget. The heavier the user, the longer it takes to get any benefit from nasal strips.

A continuous positive airway pressure (CPAP) device is an investment of one to five thousand dollars, including doctor’s fees. A 90-day supply of nose strips costs about $10. If sleep apnea symptoms can be controlled with nose strips, thousands of dollars can be saved for the rest of the family budget. For an investment of just a few seconds every night and every morning to put the strip on and take if off, and a few dollars a month for new supplies, nose strips are a useful first step in getting sleep apnea and snoring under control.