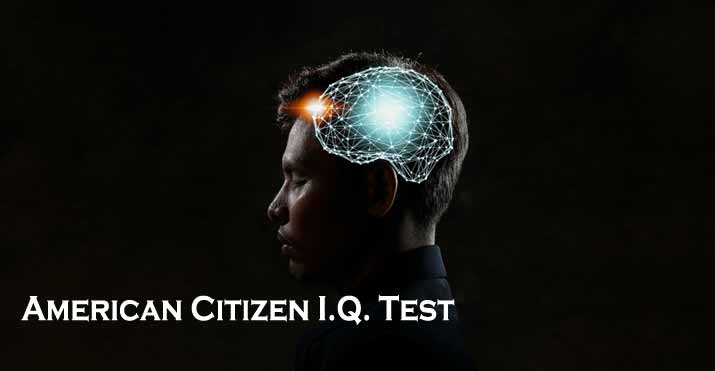 Calculations show that the US government could just cut the income tax for everyone to zero to get the same financial stimulus to the economy as spending the trillions of dollars. Assuming this is true, which it is according to the numbers, Would you be in favor of eliminating the income tax for everyone for a year or more to stimulate the economy as an alternative to the government printing non-existent money?

This is the first question in the quiz. The second question is if you were free of the income tax would that be the same as a personal financial stimulus for you?

The third question is : If you could keep more of the money you earn would you spend it?

The fourth question is: what happens when you deposit your income to a bank without spending the money on anything? Is the money still going to be spent or is the bank likely to put the money in a bank money mattress?

The fifth question is: If the US government nationalizes our energy companies to create a national monopoly will the price for gasoline ,electric and natural gas actually go down?

The sixth question is: If the government gives each American citizen a free check for $500,000 tomorrow will everyone be richer? Would you be able to buy a house for it? How about a MC Mansion ?

The seventh question is: If the prices for stocks in the stock market goes down does that necessarily mean that stocks are worth that much less?

The eighth question: If the Chinese have invested 4 trillion dollars in US treasury bonds financing the US government is that a bad thing? What if this money is just half of what Americans earn in income every year?

The ninth question: Adam Smith had peculiar ideas that few people seem to understand today. If foreigners have trillions of US dollars that they refuse to spend but would rather lend back to a government that overspends and receive their interest in more US dollars they do not intend to spend is that a bad thing? What happens if they sell these treasury notes wouldn’t that mean that they might have to spend those dollars? Would it be bad to for the Chinese to buy what they can with their US dollar holdings?

The tenth question: Is this a government investment? The government gives 5 million dollars in cash and a 35 million dollar loan to a museum like the Oregon Museum of Science and Industry and charges the Museum interest. The Museum takes the money and charges the public a high admission fee. Children are not exempt. Is this a government investment when the public paid the taxes for both the gift to the museum and for the money to loan the museum when the public also has to pay admission to get into what might have other wise just been a public museum with free admission? How is this a public investment? Please explain?

The 11 question: If you drive to a public park and the government charges you a fee to use the facilities or just to park your car is the park really public ? a semi-public park ? or private park? If your tax dollars payed for the park for public ownership of the park is the purpose of having parks a means of raising additional revenues? What is public about it? Would it not make sense for the government to just sell fee parks to private interests to charge a fee instead of owning public facilities that the state cannot afford to keep open without additional fees?

Question 12: How many questions were there in this quiz?

What if there were a 13th question? What number would that be?

Congratulations you passed the IQ test unless you are not sure….

Unfortunately you will have to email me for the answers but don’t necessarily expect a response. I have my own personal space program to worry about, additional resources.