How to Survive with Only Your Bike and a Pocket Knife 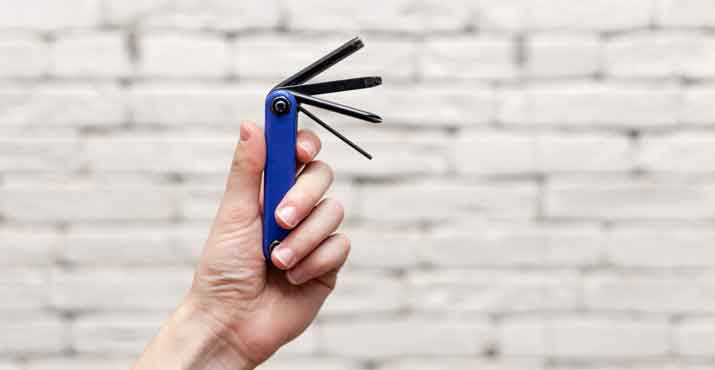 Sometimes we like to just get out of the house and away for a while. People everyday, take their families out for just a one day outing to get away from everyday things and the hectic grind of what is a must in life called “work”. Nothing in the world is wrong with this. People are different in many aspects when it comes to what they themselves would call fun or just getting away. Some people take time out by just taking a leisurely stroll around their neighborhood for stress relief and others take time out by going out into the world and taking in the sights of what is to be seen out there. There are those that go out shopping when they’re stressed, out along with a friend or two, and those that like to be alone and venture out into wherever, by themselves.

This piece revolves around those that like to venture out into the wilderness to get away and be by themselves for a bit, whether it be for just a few hours ,a week or a month.

Lets take a normal everyday person that lives by himself or herself that happens to have a lot of stress from work. Lets name this person, Robert. Robert wants to go out for a while after he gets off of work and relieve some stress that he encountered at work with a disgruntle fellow employee that happened to get on, Roberts last nerve by lashing out at, Robert about his own personal problems instead of talking them out with someone and getting some understanding and working them out in a sensible and reasonable way. Robert could have handled this disgruntle fellow employee if it wasn’t for the fellow employee lashing out at him about his problems instead of the fellow employee discussing his problems in a sensible way to, Robert.

Roberts day ends and he’s on his way home, and is so belligerent over the way he was treated at work, that he just wants to get away for a while and relieve some of his own anger and frustration without lashing out at someone himself. Robert thinks to himself, well, I’ll get home around 5:15 p.m. and I’ll just grab my bicycle and hook it up to the bike rack on my car and go out to the woods on a great trail ride that I know about about half a mile from my house down in the woods. Robert knows that he can trail all around the mountain side on his bike because this trail extends for miles around the mountain side. So, Robert finally arrives home and does what he has talked about doing on his journey home.

He hops out of his car and immediately rushes to his garage to grab his bike and hook it up to his bike rack. He gets his bike hooked up and hops in his car but thinks about anything else that he may need and has forgotten. He remembers that he would like to have his trustworthy pocket knife handy just in case if he needed to cut something on his little outing. He rushes up into his house and grabs his beloved pocket knife and also grabs a lighter so that he can have a smoke or two while he is out. These are all going to essential means of survival out on this little time away. He then heads out the door and hops into his car, puts it in drive and heads off out of sight and out of mind of everything and everyone.

Robert soon arrives at his destination. He arrives at the beginning of the trail that will lead him into the mountains and onto his trail. Robert hops out of his car, unhooks his bike off of his bike rack and sets his bike on its stand and runs back into his car to grab his pocket knife just in case if anything arises on his outing. He will have it just in case, whether it be for protection or standard use to do something unexpected.

Unexpected mishaps is what this guide is all about. Robert hops onto his bike and off he goes. Robert starts out on his trail ride unsuspecting of what is to come of his little outing. Robert soon arrives about half way through his bike ride around the mountain side and is doing well, all except for that one little pot hole that he happens to run into at an amazingly fast speed which thrusts him off of his bike. Robert is o.k. but as for his bike, it’s not doing so hot. Robert soon realizes that his bike has a blown front tire and is unreliable for the rest of his journey.

Robert realizes that he can not make it back to civilization without having food or water because of the great distance he has traveled. Robert has to survive as he travels back on foot. What does he do though. He has only a means of using a bike for survival until he can reach civilization. Wait, he also has that great pocket knife that he so intelligently brought along as well, See details.

Step One: Robert needs to look at his surroundings and become familiar with what his current situation is. Robert realizes that he must in order to survive, use his bike and pocket knife as his only means to make it back.

Step Two: Robert realizes that he must disassemble his bike and make use of what parts he can off of his beloved bike to survive and make it back home. Home is where he wishes he would have stayed now that this trip has turned into a total flop.

The parts in which can be used he realizes are as listed below.

1. The two bike tires, which of one was the cause of this atrocity including that awful pot hole, can be used as a means of starting a fire on whatever you can possible find in your current location. You can use your pocket knife to shave off shavings of the tire onto a pile of leaves on the ground or dried grass. This is great fire starter if you don’t have the time try and catch something on fire which is almost totally impossible to do if you’re working with a mixture of greenery in with dried material. Your fire can be used for cooking, SOS or a means of staying warm at night if you so wish and is a must.

2. The brake wires which can be used as a means of setting up a trip wire for wildlife if your only means of eating is animals. You can easily use this to set up a trap.

3. Your brake assembly can be used as a reflector if you’re to scrape off the old metal that is tarnished on the surface of the brake assembly to bring up new and a very shiny underneath. You can reflect sunlight off of this to attract over passing airplanes or helicopters for a rescue attempt.

4. You can use the spokes from your tires and attach to something long and sturdy for a spear. This is a great killing utensil if you are to use it in a great and useful technique.

5. You can use the handle grips to collect small food elements and carry them around with you on your journey. You can attach these grips to your side or carry them in your pockets with the food contained inside.

6. The foot pedals from which you collected from your bike is a very very essential part of your rescue because of the standard pedals that come stock with the reflectors. These reflectors are a great method to reflect sunlight into a great distance to attract a rescue team if one becomes visible. Use these bike pedals to your fullest advantage. These are very very important.

The are all items in which you can use in your survival out in the wilderness if you are to become stranded like, Robert.

Take this guide and use it to your fullest advantage for your survival if you are to go out on your own and become stranded.