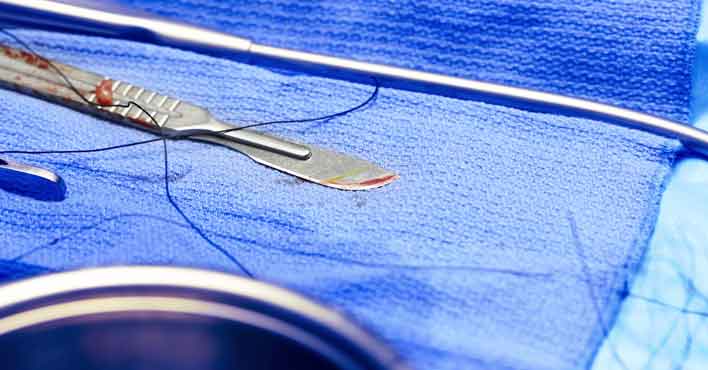 People fear the unknown, that is why the internet is such a valuable resource. When we are diagnosed with a medical problem or are going to need surgery like a cold knife conization, most of us turn immediately to the internet for information. It can ease our minds and help us understand what is happening to our bodies, but sometimes it can make our situation seem more frightening. There are countless stories about what went wrong and worse-case scenarios, but rarely does someone feel the urge to write about what went right or how easy something was. About a year ago I had a cold knife conization done to remove some abnormal cells on my cervix. When I learned that this was going to happen to me, I turned to the internet only to find that the number of horror stories about this procedure far outnumbered stories about women that turned out just fine. I was terrified, so I vowed that when it was all over I would write about what happened to me, whether it was life-altering or just a bump in the road.

About a year ago I received the call that every woman fears. My OBGYN wanted a follow-up appointment with me to dicuss some abnormal cells that were found during a routine pap smear. At the appointment she explained to me that she needed a closer look so she would have to perform a colposcopy. A colposcopy is a procedure in which the doctor looks at the cervix with a microscope and then takes a biopsy of any abnormal areas. I had built this up to be so big and scary in my mind that I could hardly believe that it took less than five minutes and I felt no more than a light pinch. I was in and out and home in time to make dinner.

After the colposcopy I had to go back to the doctor to discuss the results. It seemed as though the cells were a little more abnormal than she originally thought so the doctor wanted to be a bit more aggressive with the treatment. She determined that the cold knife conization would be the best course of treatment for me. A cold knife conization is a surgical procedure done in the hospital that can remove tissue from a cervix that contains abnormal cells. The doctor can take a sample for testing, or remove the entire effected area. This is the part where I turned to the internet and proceeded to terrify myself. I learned that I would never have children, be in recovery for months, never have sex again, have to quit running, and where a pad for the rest of my life because it would never heal. None of those things happened of course, but the internet can be a really scary place if you’re not careful, check more details here.

On the day of the surgery I was very nervous. I checked into the hospital early on a Tuesday morning. After some bloodwork, I was checked into a room. I had to change into a gown and a nurse put an IV into my arm. Then I waited there for several hours just watching television. Finally the nurse came back and told me I had to remove my contacts (this was really the worst part because I had broken my glasses and couldn’t see the rest of the day). I was wheeled into another part of the hospital and given something to help me relax. Before long they began the process of putting me under anesthesia, and in less than a minute I was sound asleep. I woke later to some very kind nurses that wheeled me into recovery. I stayed in recovery for a couple of hours and then was released to go home with some pain medication and instructions to take it easy.

The first two days after the procedure I didn’t feel very well, but that seemed to be more from the pain medication and the anesthesia than the actual procedure. I spent a lot of time on the couch watching movies and would get up once a while just to stretch my legs. There was a little bit of cramping and less bleeding than a period. I went back to work on Monday with no problems at all.

After a week I was back to normal. I still took it easy as the doctor ordered (no sex or excercise) but the bleeding stopped completely. The only thing left to worry about were the stitches I had heard may come out later, and when that finally happened it was a one centimeter long piece of blue string. Six weeks after the surgery I ran a 5K and went on with my life.

I know everyone has a different experience, some people are not as lucky as I was and I don’t want to make that seem small or overexaggerated. I just want to throw my story out there in the mix of all the scary ones that are on the internet. Just in case there is a girl out there just like me that has typed “cold-knife conization” into her search engine and is busily scaring herself to death. A colposcopy and a cold-knife conization are not something to be afraid of, they are wonderful tools for early detection that just might save your life.