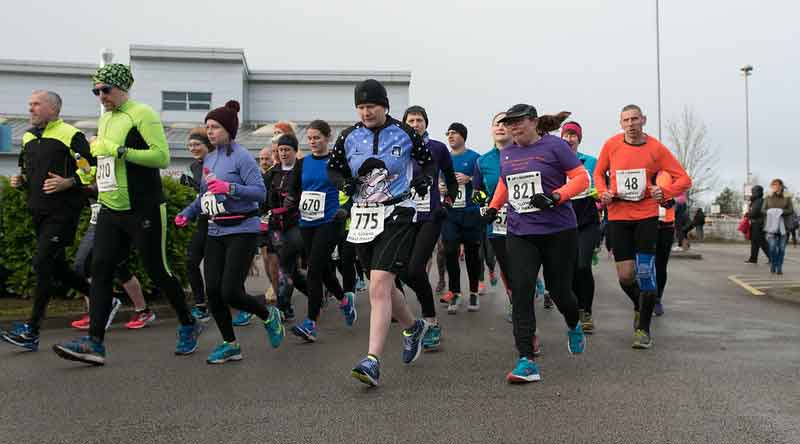 Blisters happen in marathons and ultramarathons. Most long distance endurance runners have had blisters. The longer the race, the greater the chance of blisters.

The trifecta of blister formation includes:

It is difficult to control the temperature during a race, so blister prevention strategies concentrate on keeping feet dry and reducing friction, find more.

Every runner is different, so runners should try several blister prevention strategies to see what works. Never try anything for the first time in a race; test it on a training run.

Friction is a major cause of foot blisters for runners. Many blister prevention strategies focus on reducing friction. First and foremost running shoes must fit well. If the shoe doesn’t fit, don’t wear it. Runners’ feet will swell during an ultramarathon, so many ultrarunners wear shoes a size or two larger than normal.

Other strategies for reducing runner’s foot friction include:

Many runners use Injinji toe socks to reduce toe blistering. The toe socks cover toes individually and reduce friction and subsequent blisters between or on the runner’s toes. For other areas of the foot, such as heels, the socks are comparable to standard socks. Injinji makes toe socks from CoolMax moisture wicking fabrics to help keep feet dry.

Vaseline is the old standby for reducing friction. Most long distance runners buy it in large quantities to gob on their feet and anyplace else that might chafe. It is cheap and has both healing and friction reducing properties. Vaseline is however messy. On feet it also attracts dirt and fine grit which causes blisters. There are other foot treatments that can reduce friction without Vaseline’s disadvantages.

Blister Shield powder contains from micronized wax and cornstarch, so Blister Shield both reduces friction and absorbs moisture. Runners should pour some into their socks before running and when they change socks during a long run.

Bag Balm, BodyGlide, Udder Balm, Hydropel, Gurney Goo, SportShield, and SportSlick are all ointments that runners can rub on their feet to reduce friction. Many also help keep the runner’s feet dry.

Many runners like trail races. On trails dirt, sand, rocks, mud, and other debris get inside runners’ shoes and cause blisters. Runners can prevent these blisters with running gaiters. The gaiters keep blister causing trail debris out of the runner’s shoes. Gaiters are not needed for road running, but every trail runner should wear them.

Duct tape fixes everything else, so why not feet? Use higher quality cloth duct tape. Many runners tape blister prone places on their feet to prevent blisters. Runners also put duct tape on blisters after they form to protect them from further friction. To keep the tape from painfully sticking to the blister, tape a smaller piece of duct tape inside out on the portion that will cover the blister.