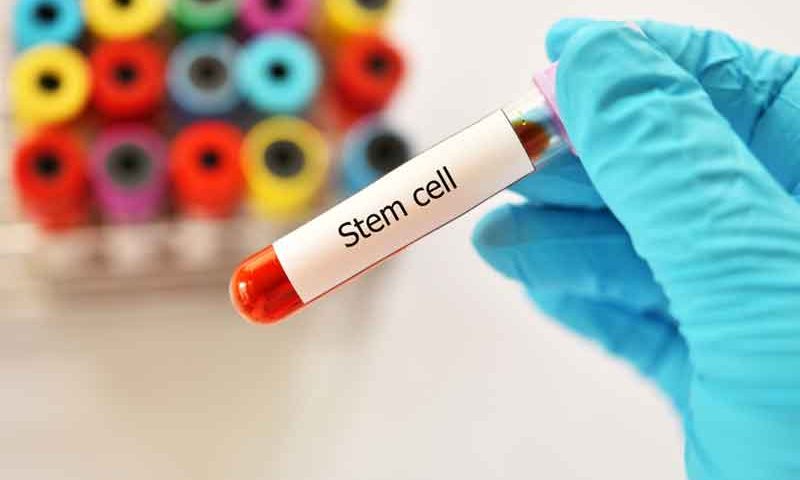 Long-term follow-up of an HIV-positive patient who received a stem cell transplant from a donor with a rare gene deletion suggest this type of treatment may lead to a cure for HIV. Conventional antiretroviral therapy for HIV increases the life expectancy of patients, but is very expensive, costing €30 000 per patient per year (Hütter and Scheider, 2009).

Rare individuals have been observed to remain uninfected from HIV despite multiple exposure to the disease. Liu et al (1996) found that these individuals had a mutation in a gene coding for a co-receptor found on the surface of the white blood cells susceptible to HIV infection. In order to infect the cells, HIV virus particles need to bind to CD4 receptors, and interact with another receptor, designated CCR5. The subjects displaying resistance to HIV infection were found to have a 32 base pair deletion in the CCR5 gene, rendering the co-receptor non-functional, click over here.

An HIV-positive patient undergoing antiretroviral therapy presented with acute myeloid leukemia. After a course of chemotherapy the patient recovered, but suffered a relapse several months later. This time, having consented to the experimental nature of his treatment, the patient was treated with a graft of stem cells from a donor who had been screened for the presence of the gene deletion conferring resistance to HIV infection.

Follow-up investigations were undertaken 20 months after the stem cell transplant, and were presented by Hütter and Nowak (2009). The patient had suffered no further relapse of acute myeloid leukemia, and more remarkably had not suffered a rebound of HIV viral load: indeed 20 months after discontinuation of antiviral therapy, no HIV could be detected. HIV can often be detected in parts of the patient’s body, in particular the intestinal lamina propria. Although this patient still had evidence of his own cells in the intestine, there was no detectable HIV in the sample.

In a further follow-up study published available online ahead of print publication, researchers confirm that no viral rebound or disease progression had occurred (Allers et al, 2010). The study also provided evidence that host tissue has been replaced by donor-derived cells, which indicates that the size of the viral reservoir in the patient has been reduced. The researchers claim that this provides strong evidence that the patient has been cured of HIV.

Although this therapeutic approach shows promising results in the experimental case studied, further research is necessary to establish the true efficacy of the treatment. A potential barrier to the widespread use of stem cell transplant in HIV patients is the difficulty of recruiting stem cell donors. Only 1% of the population have the gene deletion required to confer resistance to HIV infection, and donors must also be a good tissue type match with the patient.