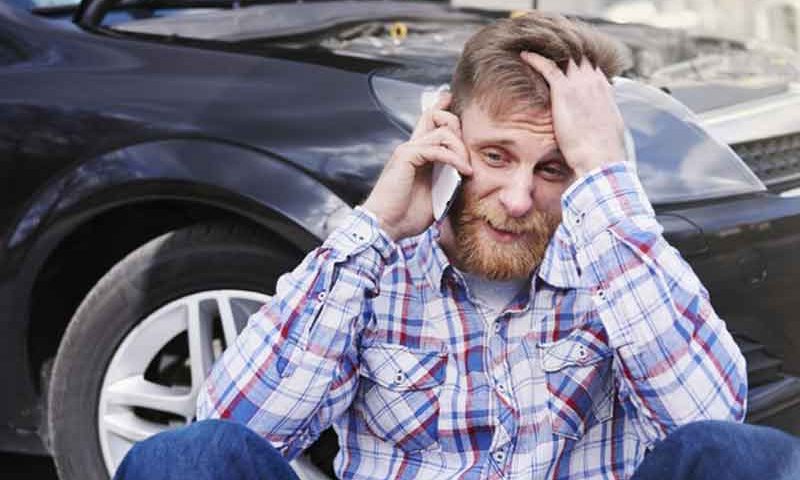 Common Sense Ways to Get Pointed in the Right Direction

Without a bunch of fancy tools you can narrow down many of the problems that can leave you dead along the side of the road, hopefully before it happens. With this knowledge you are better prepared when it comes time to call the repair man. Automotive Empowerment, the knowledge required to be able to understand at least the basics of how your car works, allowing you to to deal intelligently with the repair center. If they know you have a pretty good idea what is wrong with your car it will be pretty hard for them to railroad you into unnecessary repairs.

We’ll start with the most basic of problems, the car won’t start. Of course at this point we will assume you have adequate fuel in the tank. Turn on your ears, here we go. You turn the key to start, absolutely nothing happens, just to be sure you turn on the headlights or hit the horn. If the horn works and the headlights work, take the transmission out of park and put it back in park. Nothing, try neutral. Still nothing? If it starts in neutral, but not park, the problem is in the safety switch on the transmission. If it still won’t start the problem is probably in the starter relay or the starter itself.

If the headlights and horn are weak, the problem is the battery. Jump the battery from another car to verify. If it starts, the first thing to check is the charging system. Does the amp meter show on the + side, or if equipped with a volt meter is it up to almost 14 volts? The idiot light is another indicator. If it is on, the alternator is not charging. Obviously if the alternator is not charging the car will die shortly after you disconnect the jumper cables.

OK, the engine runs, but not very good. Sounds like it has a miss, running rough, won’t idle very well. To determine which cylinder is causing the problem, just unplug one plug wire at a time. Be careful, use insulated pliers, the ignition system can give you quite a powerful shock. If the engine runs worse, that cylinder is working. When you find one that when unplug has no affect on how it is running, you have found the bad cylinder. Stick a screwdriver in the plug wire socket then hold the screwdriver about 1/4″ from the engine block, with the engine running you should see and hear a nice sharp spark. If not, the plug wire or distributer cap could be bad. If there is a good spark, the spark plug itself may be bad. Or more dire circumstances, such as damaged valves, or piston, as you have a lose of compression situation going on.

The cooling system will give you some warning signs as well. Your engine does not normally burn antifreeze, if the over flow bottle requires you to add fluid on a regular basis you have a problem. If there is a puddle on the ground where you park, it could be as simple as a hose clamp, or as hard to find as the weep hole behind the water pump. It will leak when the shaft seal on the water pump fails. If there is no water leaking in the engine compartment, but a sticky film develops on the inside of the windshield, your heater core is probably leaking. Everything is dry, but the antifreeze is still disappearing, check the exhaust, is it a steamy white with a sweet odor? Sounds like a head gasket. If that happens you could get hydraulic lock up when a cylinder fills with antifreeze. Water will not compress, so the starter will turn the engine until it locks against the cylinder full of water.

Another problem area is belts, when you rev the engine do you hear belt squeal? The alternator may be fine, but under load if the belt is worn or loose it will slip and squeal. The same check for power steering, when you turn the wheel does the belt squeal? Lets move onto steering issues next. Does the car wander from lane to lane, or when you release the steering wheel does it dive one way or the other. In some cases you can get what is called a Shimmy, a violent shaking of the steering wheel as the wheels oscillate after hitting a pot hole. All indicators that you have badly worn steering components. Tie rod ends, ball joints, idler arms, they all have joints. If they have excessive play they can come disconnected unexpectedly leaving you with front wheels going in opposite directions. With someone else turning the steering wheel look at each individual joint and confirm the two ends are moving together with no play.

Brakes, they can give some accurate indicators of what’s wrong too. The car stops normally, but you hear a slight scraping noise as you stop. The brake shoes have little noise makers that scrape and make a noise when the shoes wear to the point of needing replacement. Don’t count of them warning you as they don’t always work. If you hear a deep growling metal to metal noise when you stop, you have worn beyond the wear surface of the brake pads and are now destroying the rotors. These get expensive, don’t wait that long to get your brakes rebuilt. When you press on the brakes you get a pulsing in the brake pedal. The two surfaces on at least one rotor are not parallel. Whether by wearing unevenly, or by a poor job of turning rotors. That has happened to me.

We have covered some of the more major systems in your car. By no means is this a complete comprehensive troubleshooting guide. Maybe it will be enough to help you decide what to do, or what to ask for the next time you suspect a mechanical problem on the family Chariot and have to call the repair center. And hopefully it will be enough for you to recognize a problem before it leaves you stranded along the road.